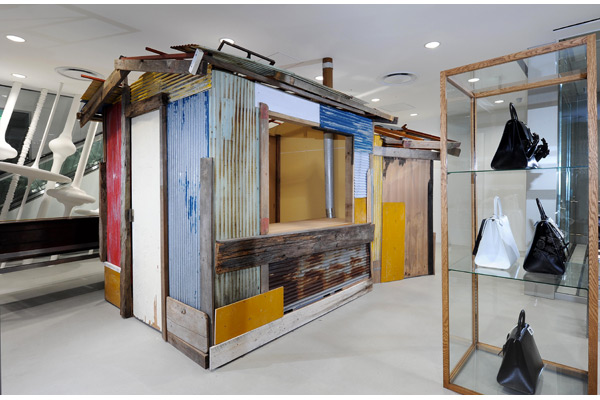 Since Dover Street Market Ginza was inaugurated there has been a little bit of London in Tokyo, the first result of the project aimed at giving international renown to the homonymous department store in the City established by Rei Kawakubo in 2004.
This six-storey 1,300-square-metre space is an important step towards a redefinition of the c in the Japanese capital starting from the choice of its location: DSM Ginza lies in the western wing of Ginza Komatsu, the historic department store established in 1946, today transformed into an avant-garde space. Its philosophy coincides with the idea of ‘beautiful chaos’ already experimented in London: no separation between luxury and street-wear brands, between men’s and women’s fashion, a mixture of special collections by great designers and up-and-coming brands interspersed with art and design installations, with the resulting abolition of the distinction between gallery and shop. The outcome is a department store that has abolished conventionality and perfectly mirrors the soul of its creator.
Particularly interesting is the area devoted to Louis Vuitton, and, among others, to Lanvin, Azzedine Alaia, Celine, Salvatore Ferragamo besides the whole range of Comme des Garçons lines. Rei Kawakubo offered a rich display of Japanese brands to promote her country’s designers and give the DSM concept the Ginza style. Specially noteworthy are the installations created by the Canadian studio Patkau Architects and by Michael Howells, a former collaborator of Comme des Garçons, and the sculptures by the Kyoto artist Kohei Nawa, the only Japanese interior designer involved by Rei Kawakubo, whose task was to lessen the impact of the flights of steps at the centre of each floor. Nawa performed his task brilliantly with White Pulse, the main feature of DSM Ginza, with its thin white shafts soaring high like arrows, an impulse of energy that flows on high from below, floor after floor.
doverstreetmarket.com 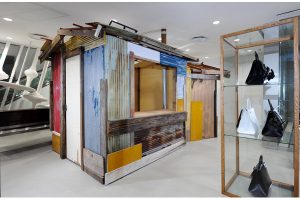