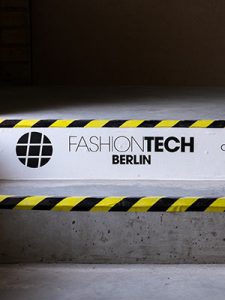 #FASHIONTECH BERLIN conference taps the pulse of the fashion industry

More than 2,100 attendees celebrated the grand opening of the new conference on the future of fashion,
#FASHIONTECH BERLIN, during Berlin Fashion Week. Already for the third time this year the latest tech trends and projects of big players and innovative start-ups were presented with overwhelming response at #FASHIONTECH BERLIN. The new conference is all about the latest technologies that serve as potential game changers for many areas of the fashion business. An overwhelming and record-setting 2,100 international participants crowded the fourth floor of the STATION-Berlin’s Cold Store event space. They had been travelling from far and wide, from places such as Toronto, Seattle, Dubai, Rio de Janeiro and Japan, to learn more about 3d printers, new digital concepts and emerging technologies, such as the iBeacon. Renowned speakers of literally all the important brands (Amazon Fashion, Facebook, Google, Microsoft, Drykorn and Zalando among others) arrived to tell about their best practices. Hristiyana Vucheva, Creative Director of Berlin-based VOJD Studios, showed her delicate jewellery made with the 3d-printing technology – more delicate than any goldsmith could meticulously create with his handiwork. Alexander Köth, CEO of Minodes, a start-up specialising in the online analytics of customer data, explained the potential and the possibilities of iBeacon at the point of sale. Developed by Apple, the iBeacon is a wireless communication technology via Bluetooth. For example, it can be used to send notifications about bargains to a customer’s mobile. It can also recommend certain products based on the customer’s purchase history.
Apart from the lectures attendees could explore – and get a hand-on experience of – the new products and technologies in the Exhibition Area of the conference. One of the brand-new exhibits was ElektroCouture, a Wearable collection by Lisa Lang. Her ingenious creations combine a design statement with new technologies, recently known as Wearables. The designer and founder created a line consisting of jewellery glimmering with LED lamps, glowing evening gowns made of neoprene, and an ‘intelligent’ scarf including an on and off button.

At #FASHIONTECH BERLIN the future of fashion was presented with great success! 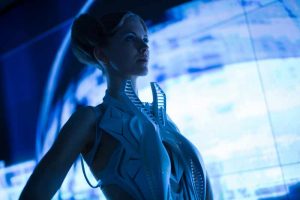