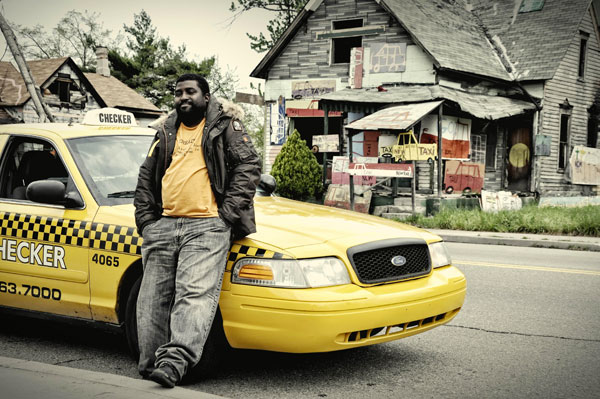 Detroit is a tough, demanding, hard working city that leaves little room for feelings, chilled by the very low temperatures. In this algid atmosphere, however, there is a heart that throbs more than others with warmth, creativity, ingeniousness and love for his own country, the heart of Tyree Guyton. He witnessed the golden days of Detroit, the days of the Motown and the economic boom brought about by such motor industries as Ford, Chrysler, Dodge. After the fifties, though, the increase in unemployment and crime led to the city’s degradation and Guyton decided to give life to Heidelberg Project in Heidelberg Street to foster the district’s new birth through art. Guyton, like Tim Burke, Moses, Kate Moss and many others, recovers the ruins of old buildings, disused objects, thrash in general, cars’ parts, iron and wood bits to create works of art which he displays in the street, as if in a huge museum in the open air.
Guyton created the ideal context for Parajumpers. Located at Segusino (Treviso), the Italian firm chose this creative place to enhance its unique, complete jackets. Created to be functional, practical and wraparound, the items are realised in strong nylon fabric with a removable padded lining, a fur-rimmed hood and a collar that can be closed with a hook. Warm and comfortable, the jackets are provided with several pockets in the front part, and are the ideal garment to carry objects and utensils for one’s works of art.
What Parajumpers and HP’s artists have in common is their mission. Guyton, in fact, wishes to give a future to the people involved in the project by using art. Taking its cue from the motto of 210 Rescue Squadron men, tough, brave Alaskans committed to save other people’s lives, Parajumpers says “May other people live!”, and, as far as HP is concerned, may they live and create freely. 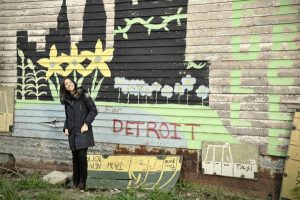