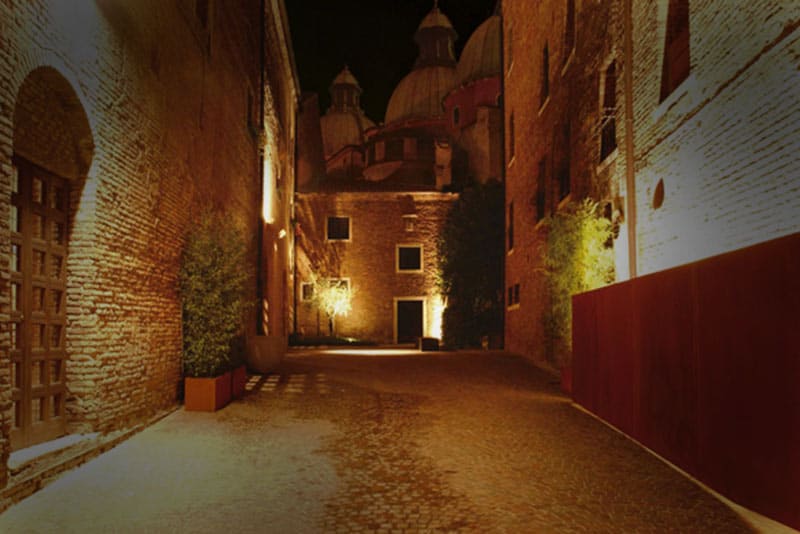 MATERIA IN  MOVIMENTO
(Pasquale Fraccalvieri  + Antonio Favale)
Matter, moulded and reinterpreted, “shaped, messed up and shaped again”. Pasquale Fraccalvieri moulds iron, he rolls it up and unrolls it, connects it to  plaster layers smoothed with sophisticated skill and creates surfaces which are far from obvious.
Antonio Favale models and shapes clay and the forms it takes on turn into colorful bronzes equal in shape but different for the feelings and reflections they suggest. Regattas in the wind, in the light, in the rain, in the sun. 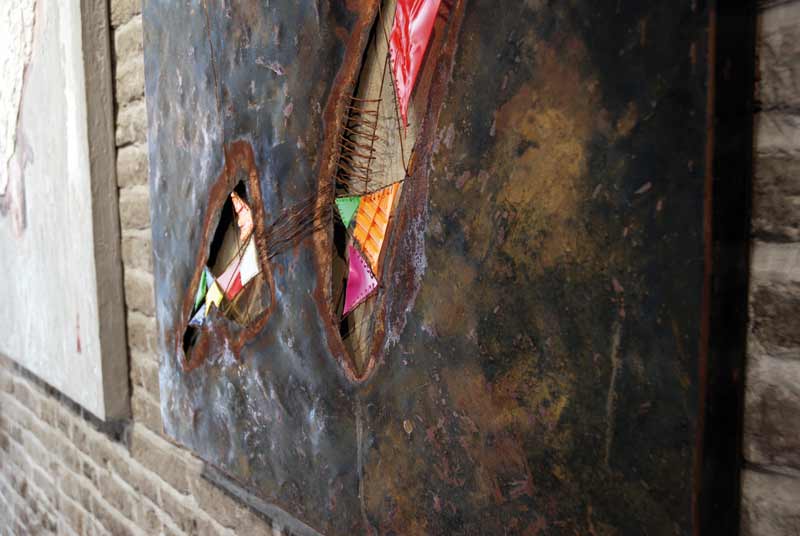 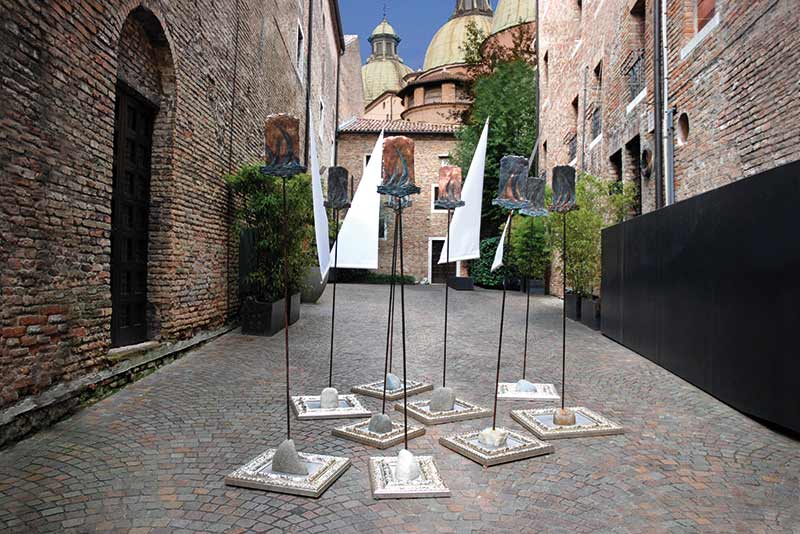 HOMO FABER
(Guido Marchesini + Walter Marin)
Among Walter Marin’s many passions painting and music are definitely the most lively and long-lasting, the former seen and realized, the latter listened to and composed, both of them merged in an art work: a painting that plays, musicians who interpret it with the predominance of the Jazz world.
For Guido Marchesini the greatest sculpture lies in a project, in marking out the route of his artistic intuitions realized each time on different materials and spaces. His punctilious details and far-reaching designer-like vision come close to known  worlds that most  people are aware of, but are shrouded in his own original artistic spirit. 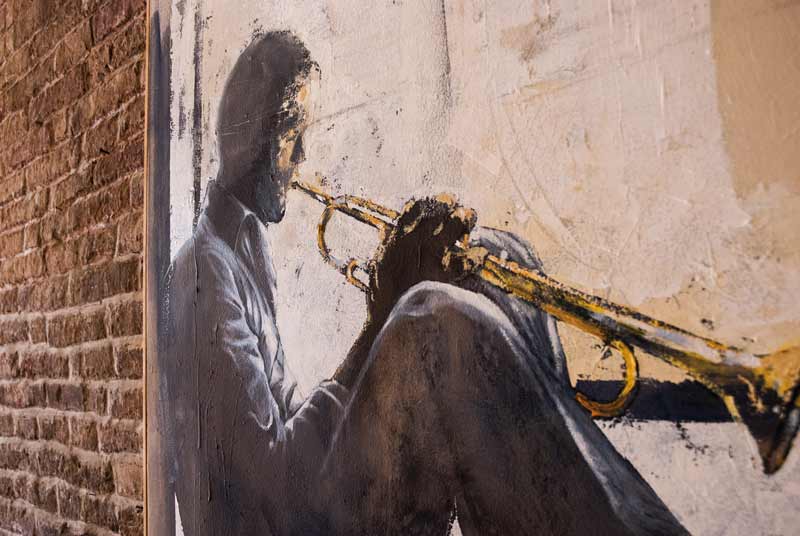 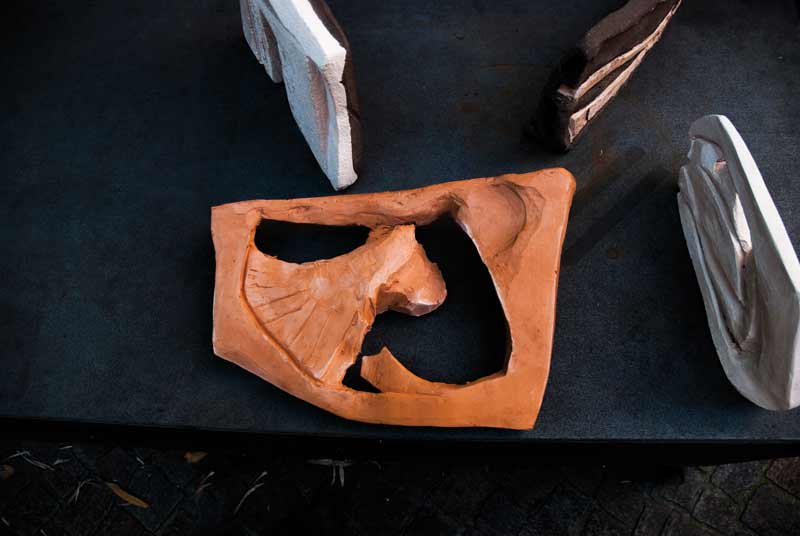 INSOSTENIBILI LEGGEREZZE
(Maurizio Rossetto + Stefano Zaratin)
Silence is the most striking suggestion we experience while observing Stefano Zaratin’s works,  in which objects are linked by an invisible thread, as if in a cocoon secreted by creative thought implying an immediate vision but inhibiting its simple contemplation.
For some aspects Maurizio Rossetto’s works draw on spatialism, to pay homage to space exploration, to new energies and the existence of invisible natural forces like light particles, rays, spirals in which, as in the orbits of electrons around the nucleus of an atom, the essence of energy can be seen. 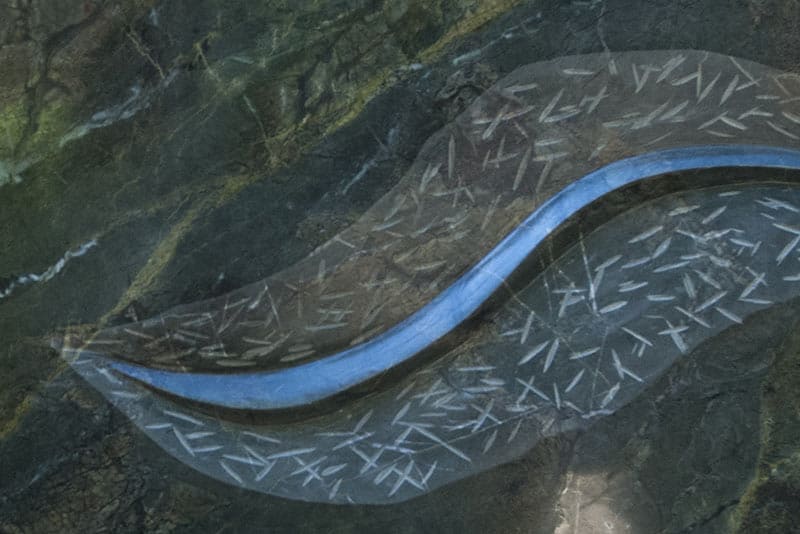 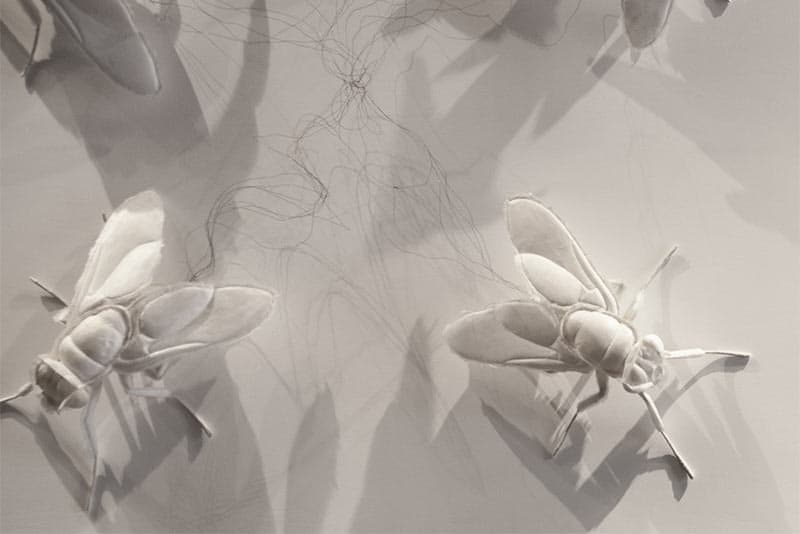 J.F. KENNEDY / SOSPIRI SOSPESI
(Walter Davanzo + Rudy Barborini)
Walter Davanzo carries on his endless search for the signs left by man in nature documenting his existence through his didactic photographic painting that consists of sequences faithfully reproduced in pictorial form.
Rudy Barborini works as an art director and photographer and,  in this capacity, he creates and edits images for outstanding firms in industry and fashion. His endless re-handling of images and/or of their syntheses are at times all-pervading, grotesque, provocative elements that characterize his work. 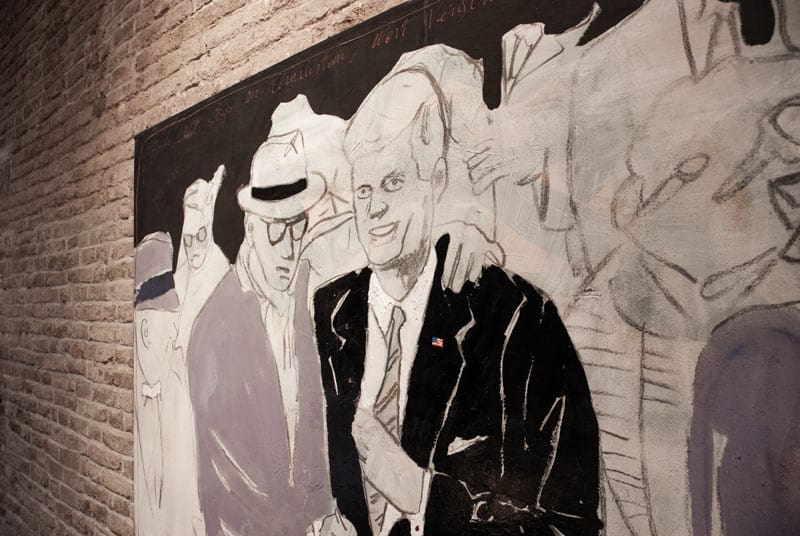 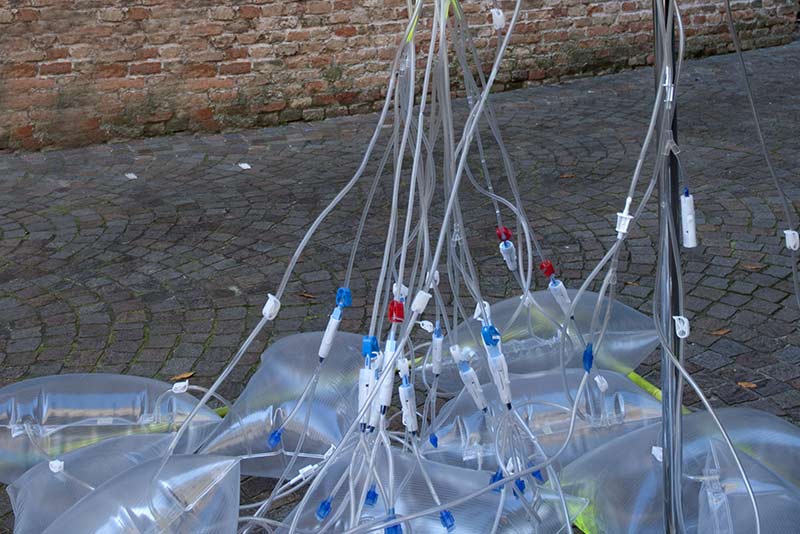