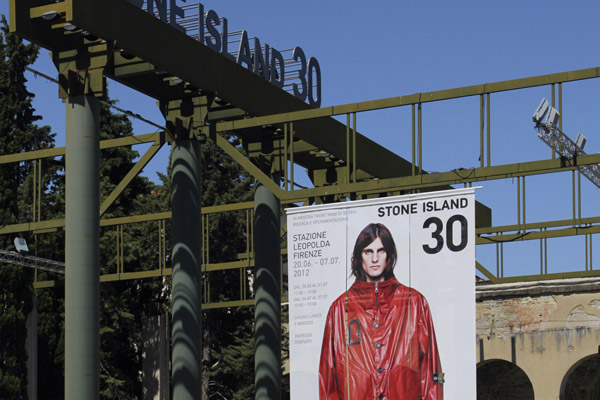 Belonging to the club.

On the occasion of Pitti Immagine Uomo n. 82 held in the premises of Stazione Leopolda, Stone Island celebrated its thirtieth anniversary in collaboration with Pitti Discovery Foundation.
Concluded on July 1st, the exhibition was inaugurated on June 19th and illustrated the themes of excellence of Carlo Rivetti’s brand from its very start to our days.
Devised by Simon Foxton and Nick Griffiths, the exhibition layout was developed around the brand’s three iconic items and illustrated past, present and future.
The picture volume “ Stone Island ‘982-‘012” was presented to the public during the inaugural ceremony to illustrate the brand’s first thirty years, characterised by textile research and innovation.
The aim of Sportswear Company’s President and Ceo, Rivetti, was not only to celebrate Stone Island’s thirtieth anniversary, but also to address the Firm’s clientele with his customary language and consistency. Rather than a chronological sequel of collections, the exhibition was a review of the technological treatments and experiments on fabrics that led the brand to success.
Like all people from Biella, Rivetti grew up among textiles, but the Stone Island adventure started thanks to the creative genius and the unconventional frame of mind of Massimo Osti.
Osti created Stone Island first collection by using a special fabric treated with resin, Tela Stella, used for truck tarpaulins: seven jackets in six different two-colour models. The great innovative potential of the project led to immediate success, and a year later Carlo Rivetti decided to personally take part in the project.
Unlike other brands, Stone Island managed from the very start to address its clientele with a suitable language.
Those were the days of the “paninari”, when the first generation of consumers really interested in fashion and products was born.
Season after season consumers could get a product made in Italy thanks to state-of-the-art textile technology. The firm was established at Ravarino, a few kilometres from Maranello, and like Ferrari, started to export products whose excellence was matchless. Over the years the Firm has developed a strong, consistent identity perfectly mirrored in the Stone Island brand boldly displayed on the unmistakable badge.
Like the members of a club, Carlo Rivetti says, Stone’s clients have the same feeling of belonging and when they meet they recognise one another. The feeling has never died down, indeed it has strengthened, unlike what has happened to other firms’ products. To wear Stone Island items means to be part of a community, so large that it has recently totalled over 100,000 followers in Facebook.
Yet Stone Island has not faced the challenge to conquer their clients and renew them in time only through innovation; indeed, clients have become aware of the quality of Stone Island items, have recognised their value and decided to hold to them.

“Our clients belong to a sort of club, when they meet in the street they recognise one another”. Carlo Rivetti. 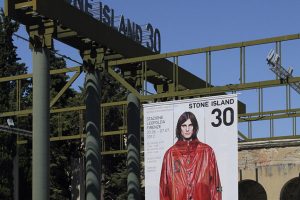 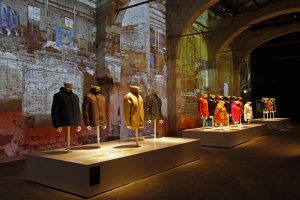