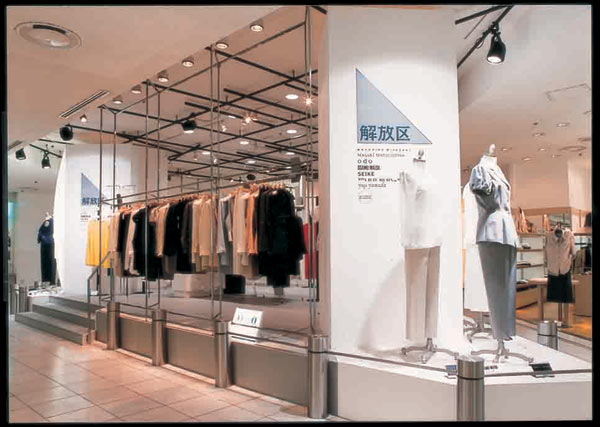 In November 1886 a kimono store was opened at Kanda, Tokyo. It was Iseya Tanji Kimoro store. With a 12-foot-wide frontage, the store started its activity with only two employees. Who would have ever foreseen at the time that this tiny kimono store would later become the world renowned fashion store known as Isetan? The ever growing activity of Isetan is due to the far-sighted philosophy of one of its founders, Mr Tanji Kosuge. As fashion was changing from the traditional kimono-based style to the western modern style, Isetan Department Store opened at Shinjiuku, Tokyo, in September 1933. For nearly 80 years the store has been an important benchmark in the Japanese fashion scene.
Away from train stations and from Nihonbashi and Ginza, the centre of Tokyo in those days, the store’s location was anything but strategic. However, Isetan got round the problem by constantly proposing ever new systems and items. In 1960 they began to introduce overseas fashion, and in 1968 they opened the first store in Asia specialised in men’s fashion. In 1994, when Isetan were the very image of fashion and at the peak of their popularity, they announced a new company ideology. The company slogan was “Everyday is new. Isetan for fashion”, and “Fashion is a crystallisation of art and science. Especially colours and sizes”. Here ‘art’ stands for individual taste, and ‘science’ is meant as an instrument to logically explain art to other people. Once customers are led to share ‘art’ and ‘science’, the inevitable result is their total satisfaction, a theory that has worked not only for sales staff but also for the selection of items.
In the same year the company’s new philosophy led to the creation of a new free space called “Kaiho-ku” in the heart of the store’s ground floor, aimed at introducing designers’ new collections every season, an initiative that has proved shocking for the fashion scene.
In 1996 the “Re-Style” corner was started to meet the demands of the women’s fashion market, and coincided with a major renewal of the ladies’ floor. Furthermore, Isetan are planning a new renewal starting from June 2012, and at the grand opening in spring 2013 they will also open the world’s best Fashion Museum.
Isetan’s aim is to be the world’s finest fashion store, the target of their incessant activity. Perhaps they are bound to stay at the top for ever.
isetan.co.jp 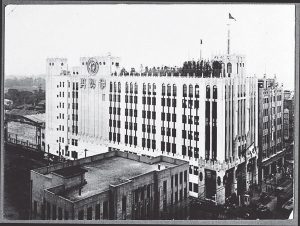 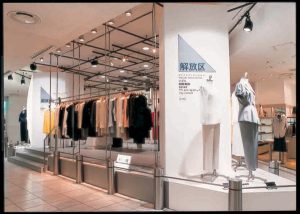