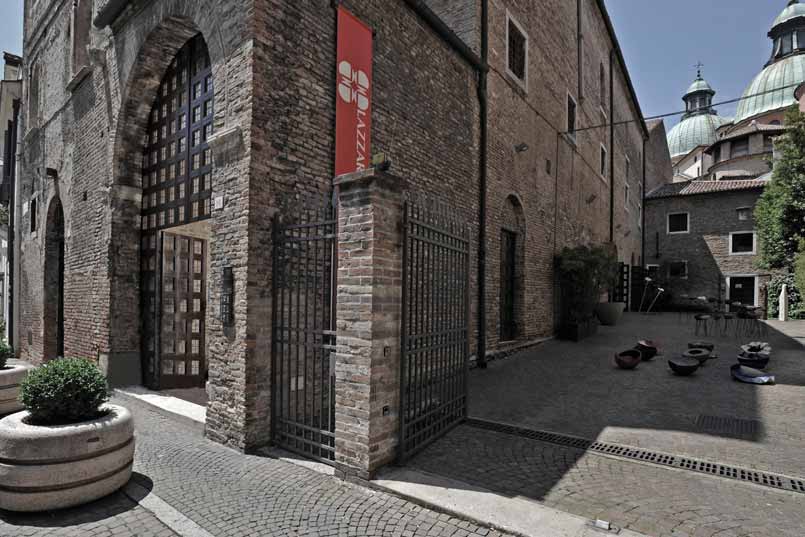 TRANSGRESSION – DEEPTI
Deepti Barth’s exhibition at Spazio Lazzari explored various restriction themes through an installation including photographs, a video and a sculpture. Exposed to the elements and transforming in time, the work was shown in the sculpture garden. The exhibition followed the paraplegic protagonist’s trespassing on the UN-controlled buffer zone of Nicosia as the former partly destroyed NIC international airport lay deserted after being bombed during the political conflict between Turkey and Greece in the 1970’s. The themes of movement restriction across national borders dealt with by the installation seem all the more poignant if set against the background of current political events. 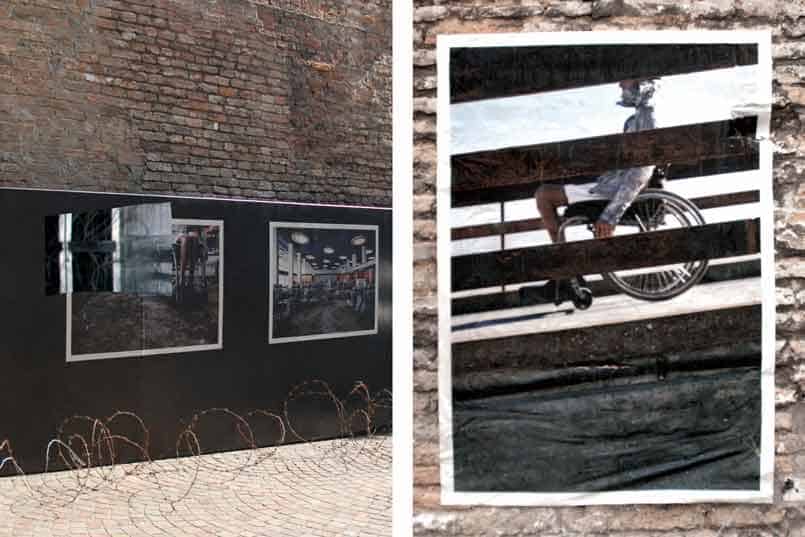 CENTRAL EUROPE
Born to  celebrate the culture of Central Europe, the idea was materialized by various exhibitions, in particular at Spazio Lazzari, with a view to enhancing the liveliness of sculpture in the wide area of Central Europe and to focusing on the evolution of its language. The initiative involved six nations, six languages and as many different cultures linked by the only universal communication medium, the language of art, in particular that of figurative art, a language that has always proved effective everywhere. Despite their obvious differences, the six artists involved have in common form, matter and colour. Hans-OetervProfunser (Austria), Danino Bozic (Croatia), Carlo Marzuttini (Italy), Robert Puczynski (Poland), Marijan Mirt (Slovenia), and Elisabeth Ledersberger-Lehoczky (Hungary). 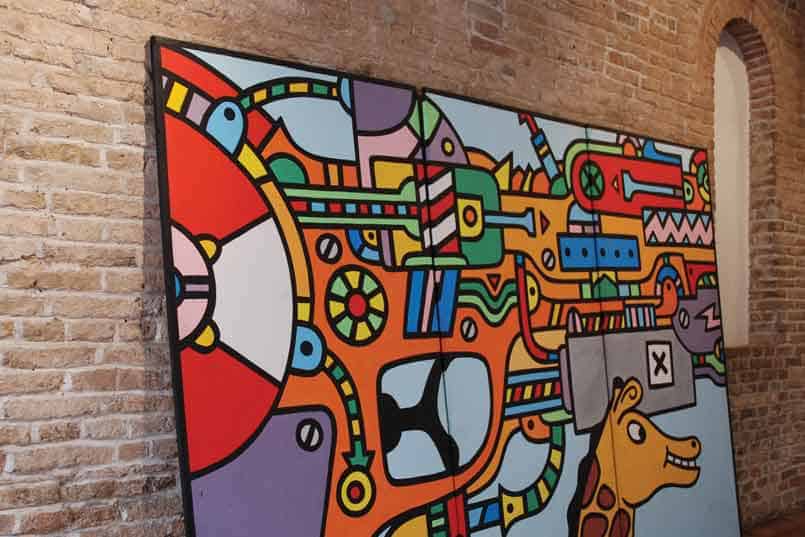 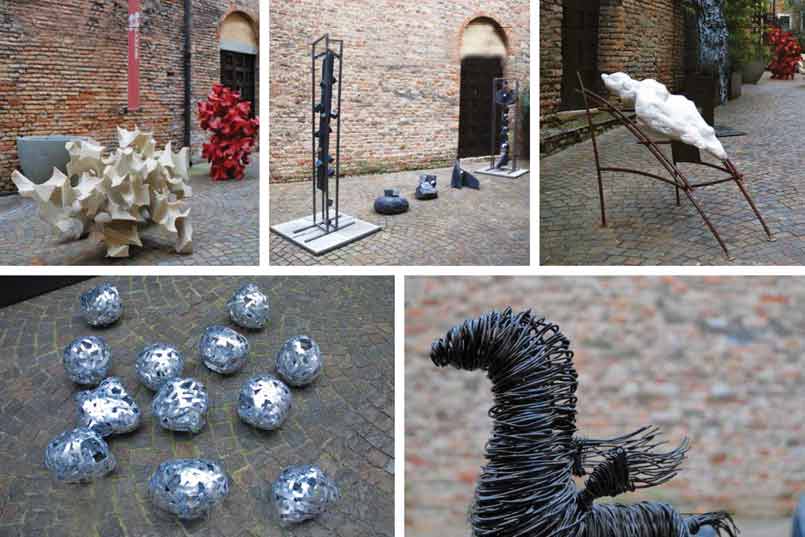 DORA BENDIXEN & EMANUELE GIANNELLI
Through the characters she portrays, Dora Bendixen aims at creating stories of puzzled glances and roughly sketched faces of dreamy, silent and distant characters that often lack eyes to see and a mouth to speak. Through  works  that show roughly outlined, at times unfinished characters realized with rapid strokes, Dora wants to focus on the feelings of  loneliness we have never experienced. Just as in Dora’s works, also in those by the sculptor Emanuele Giannelli the recurring leitmotiv is the portrayal of silent, lonely,  anonymous, gravity-free characters floating in the void. Both exhibitions focus on a single protagonist: the many-faceted human figure. 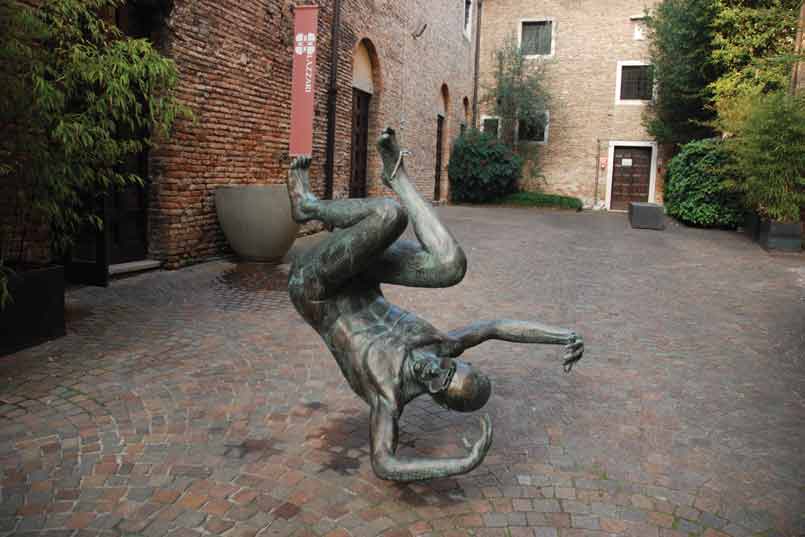 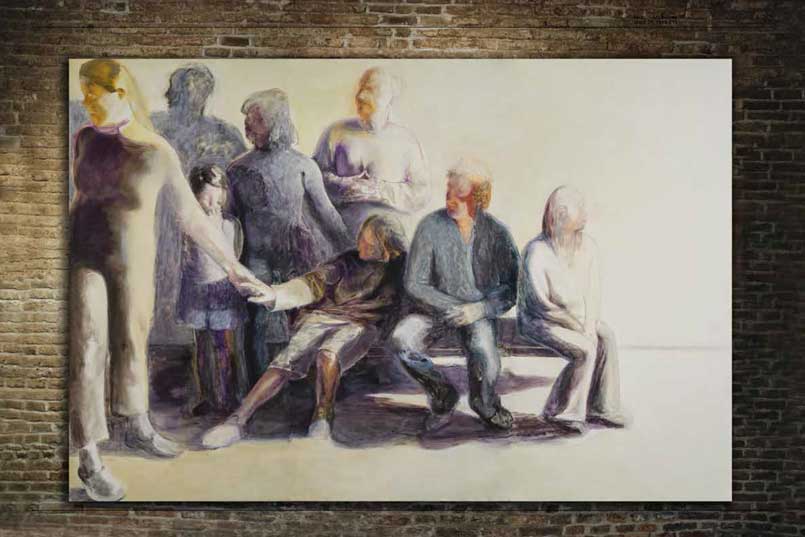 SILVIA CORSO – ARTTOBEORTOBEART
Through her T-Show Silvia Corso expresses her sensibility in a dimension which is perfectly in line with the exhibition spaces. Silvia Corso’s installation consists of a set of brightly colored cardboard T-shirts with a single recurring subject: naked womanly bodies. The fifteen-piece work ‘Silent’ portrays pregnant women who  convey a silent love scream. ‘Warriors’ represents an invincible barrier created by womanly bodies placed side by side, whose femininity is expressed by their naked breasts and gaunt faces. In ‘Boxes’ the artist’s objective consists in expressing our inner dragon, our most primitive self regardless of other people’s opinions. 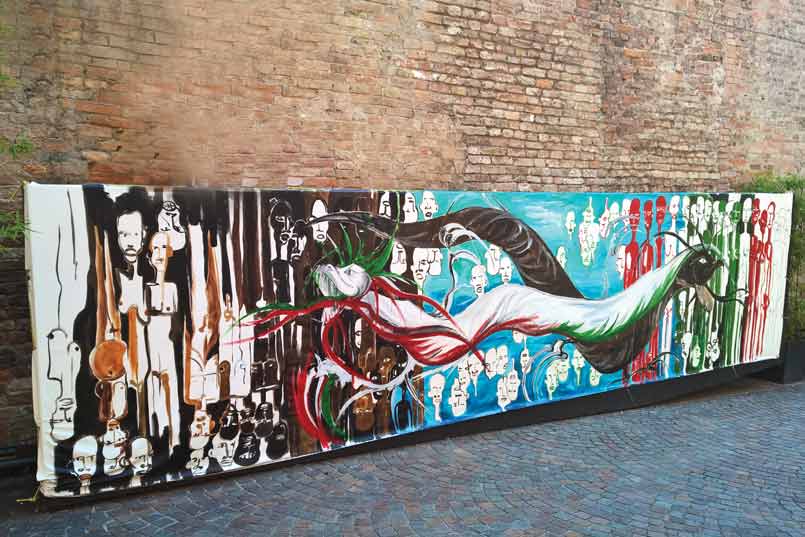 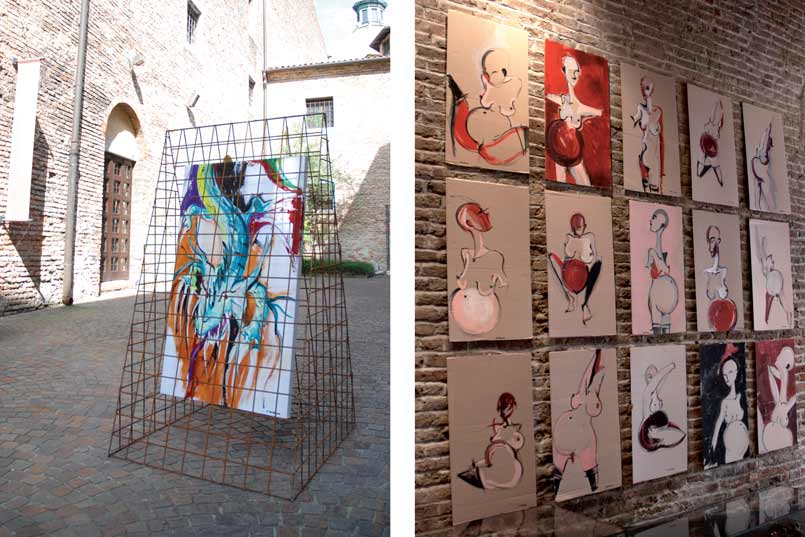