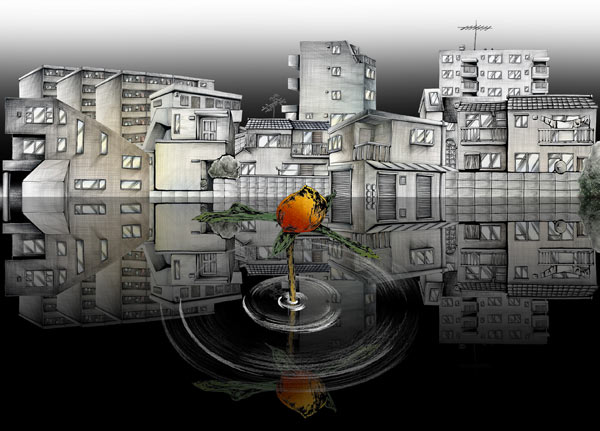 Art in Japan for the revival.

On March 11, 2011, an earthquake and the tsunami that followed destroyed the areas of Sendai and Tohuko in north western Japan, and badly damaged the cooling system of Fukushima Daiichi nuclear plant. As a result, explosions occurred in some of the reactors leading to meltdown and a leak of radioactivity.
The catastrophic accident induced Japan to carry out a profound analysis of its causes and decide what steps were to be taken to bring about the country’s recovery. Art proved to be the best visual and conceptual means to make the elements of analysis noticeable.
The 2011 World Press Photo showed that photography was the most effective artistic medium to document the earthquake’s effects. Chiba’s and Tezuka’s prize-winning shots come side by side with Toshiyuki Tsunenari’s photo of a hopeless woman in tears amongst the ruins of Natori.
The portrayal of tragic events was followed by a reflection on their causes.
“Myth of Tomorrow” is a huge wall-painting by Taro Okamoto, of the Chim Pom group, realised at Shibuya station. Like a Guernica of today, the painting represents the devastation of a nuclear explosion and shows a burning man and an all-destroying atomic mushroom. The work was meant to be a warning, and was strategically hung on a station wall so that countless people could see it and be reminded of the terrible consequences brought about by nuclear power in Japan.
Yet the cause of the disaster cannot be traced only to nuclear power.
“Teleco-soup”, a work by Tabaimo on show in the Japanese section of the LIV Venice International Art Exhibition of 2011, also investigates the evils of Japanese society. The artist covered the walls of the stand with pictures of poor quality everyday life in Japanese cities and filled the central space with water. The images are reflected in the water and , through an opening in the ceiling, are made to freely float around the world, to imply that the evils of Japanese society can also be found in other countries all over the world. Although what is usually reflected by water is the sky, in this case the image is reversed, as the pun in the title implies. “Tereko” in Japanese means that things are taking the wrong direction, that they are upside down.
How can a different new world be made? What can the starting point be?
A Japanese film tried to answer these questions.
Presented at Venice LXVI Film Exhibition, Himizu, a film directed by Sion Sono, explains that love can be a new starting point. When the story opens, the protagonists, a girl and a boy, come into conflict with each other because they are discouraged by the devastation and let down by a society which can offer them but an uncertain future and endless tragedies. Their inner drama is later solved through self analysis, when they understand that through mutual help and support they can achieve togetherness and establish a new world, closer to their needs. That’s how they succeed in renewing their hope of a new start.
Also Shinya Tsukamoto Kotoko’s latest feature film, the winner in the section ‘Orizzonte’ of the 2011 Venice Film Exhibition, believes in man and woman as the basic elements for a new start, in this case mother and son, a powerful symbol of birth and life, although the mother is doubtful about man’s reliability after Fukushima nuclear catastrophe. The only thing that can brighten her sombre thoughts is singing, a natural element that belongs to tradition and leads to a rediscovery of the Japanese people’s past and to a new future.
In conclusion, the analysis that Japanese artists carried out through their works reaffirmed the everlasting function of art: to help and support man. 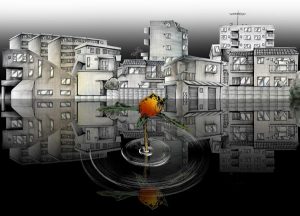 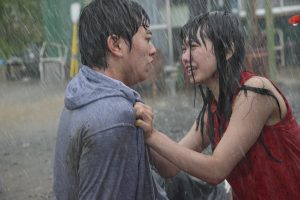