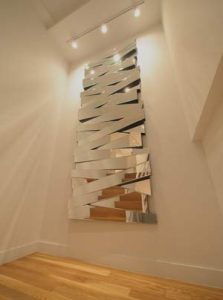 With the Fall/Winter 2013 collection Jon Koon reaffirms Private Stock’s original conception of a world-inspired fashion that the world has got to like.
The collection takes inspiration from a prophetic vision of Gotham City in 2088 and from the traditional concept “like father, like son“.
Gotham City is a representation of New York City. The producers of Batman chose to give it this name so that spectators all over the world could associate Gotham City with their own city, just as Private Stock wants to convey a universal message and promote the contamination of cultures.
For generations, especially in Italian families, the rule was that a son’s behaviour and dress should be like his father’s. In the 21st century this tradition seems to be no longer followed, for present day children want to shake off this burden. The merging of these two inspirations has resulted in a collection which is Jon Koon’s personal idea of the future for menswear. Koon believes that the man of tomorrow wants to show his personality and assert his own individuality by choosing fashion styles that surpass the traditional canons.
A sophisticated design and the care for details are the key elements of a collection that promotes fashion and originality while keeping true to tradition and comfort: formal jackets tailored by combining knitted and woven parts, knitted shirts and stretch trousers in mixed cashmere. The collection includes a capsule of lined items: T-shirts, shirts. double-breasted jackets and matching trousers with a water resistant cashmere finish. All the items in the collection are in unique valuable materials: pure cashmere, angora, chinchilla, merino, lambskin. 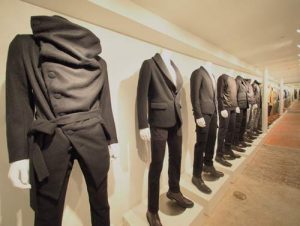