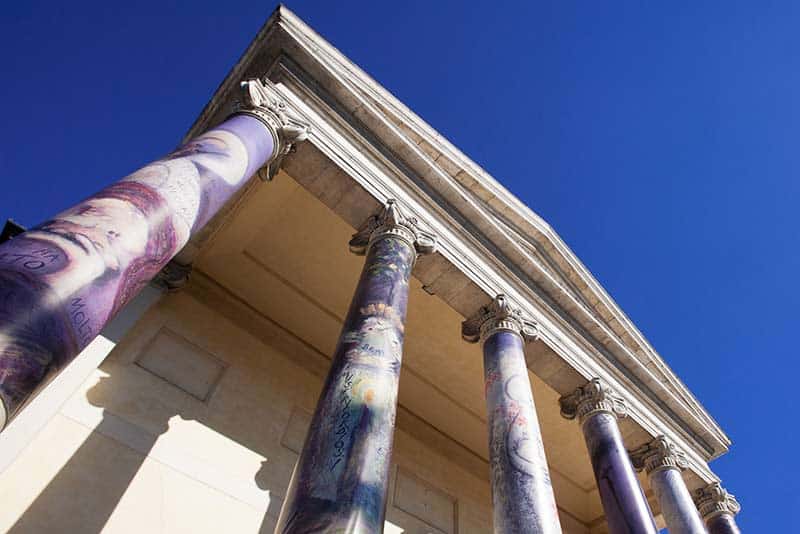 The garden of mercy

Marie Malherbe was born in 1975 in Nice (France), and has been living between Vienna and Venice for the last 15 years.
Her work has been selected for the opening of the Photissima Pavillion at the 2015 56th Venice Biennale, and for the 2016 Biennale Internazionale d’Arte Sacra Contemporanea – Palermo (BIAS). Throughout that same year, six giant panels of hers have been exhibited on Treviso Cathedral’s columns as a Jubilee installation entitled « The Garden of Mercy ». This project, curated by Giovanna Azzola with the technical assistance of Luigi Bertin, was supported by the diocese of Treviso as well as the Municipality. The project then developed into an extended exhibition in the Diocesan Art Museum, directed by Don Luca Vialetto.
Marie Malherbe’s work is about beauty as a divine soul uplifting sign that transforms the world. Her research on interiority doesn’t exclude a certain theatricality in the form, suitable for the expression of the many dimensions in one’s being. She paints her enchanted world in a poetic style mixing echoes from byzantine and baroque art. 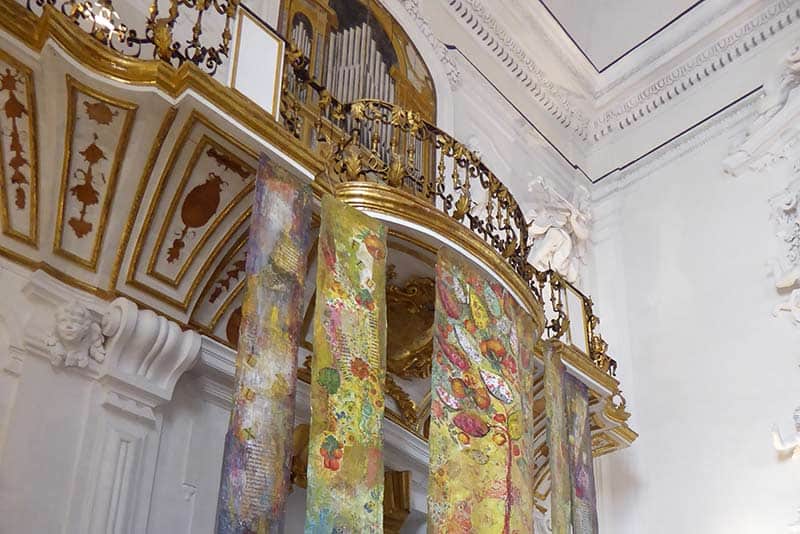